skip to main | skip to sidebar

Thanx for stoppin by!!

Hope you like what you see & come back for more updates :)

MissEricaKane
I'm just a young-at-heart, 30ish chick who lives for my family, friends, and the weekends!!! Writing is my passion....and music speaks to my soul.....

Workin on me. I'm workin on it.

I've realized that when I feel HURT......I show my pain in the most unflattering of ways at times. I lash out. I cuss out. I storm out. I "Black" out!
In recent months I've been trying to work on THINKING before I speak......this to some, may be OBVIOUS or even an EASY task. For me, it is not. I realize that I am quicker to speak/react than I am to THINK about the INTENTION of others, which often leads to to miscommunication (or NO communication).
Recent events in my life have given me the opportunity to change these bad habits. While I can't promise they will happen quickly, I certainly can assure ANY & EVERYONE concerned that I will DEFINITELY work to achieve this new and better way of thinking and living. It can ONLY be beneficial to both those I care about and to me.
I cannot promise not to backslide, or that this change will affect my view on certain things. It is just a promise that I'm making to MYSELF, to attain being a better person as a whole.
“Everyone thinks of changing the world, but no one thinks of changing himself.”
― Leo Tolstoy
~xo
Posted by MissEricaKane at 11:37 PM 1 comment:

A Child is NOT An 18 Year Commitment

It amazes me that men can make the decision to have a child with someone, and then go running as soon as times get hard.
You made a decision to bring a life into this world, and because of that, the dynamics of your relationship will ALWAYS change. Women will ALWAYS be resentful of the fact that men have the option to do as they please, and women are expected to just be MOTHERS. And by "just a mother" I mean, please reference the included photo.
So when a man decides his "shift" is over, it's a slap in the face to the woman, thus causing issues ELSEWHERE in the relationship. Combine this with the OTHER stresses of a relationship, PLUS the two of you raising a child. This COULD BE a recipe for disaster. But, if a couple TAKES THE TIME to TRULY listen to their partner, take what they're saying into account, be responsible for their own actions, and REALLY think about what made them fall in love, and make the decision to START A FAMILY, this whole process would be MUCH EASIER on EVERYONE.
But couple rarely do this. They get angry, argue, say things they don't mean, and don't put effort into maintaining the balance & harmony of their relationship.
People often say that just because two people had a child together, doesn't mean they belong together as a couple. Well shouldn't that decision be made FIRST? A CHILD is a PERMANENT decision to make based upon TEMPORARY feelings. And the child doesn't deserve a BROKEN family because the parents ALL OF A SUDDEN can't get along.
I would NEVER say I regret my child, or even his father, because it was a decision that I chose to make. Nor will I EVER, EVER speak NEGATIVELY about my child's father to him. It doesn't help anything, and our relationship should not reflect on our son.
But the fact that we can no longer get along because of the circumstances of LIFE? THAT is what I regret. Because no matter how cordial or polite we are to one another, our child will ALWAYS be reminded that our love was not strong enough to make us remain a family.
At least that was MY view for a VERY LONG as a child, and I felt that it was BECAUSE OF ME that my parents weren't together. That's a HEAVY load for a CHILD to bear.
And even when I spoke to my mother about it, telling her my thoughts, nothing she said could make me feel otherwise.
It wasn't until I got much older that I recognized that it was because of my father's indiscretions that we weren't a family, but it took a LONG time to realize that.
I just hope that those who make the decision to have a child together, remember that the child ultimately is a reflection of THE TWO OF YOU, and a LIFELONG commitment. Contrary to popular belief, a child is NOT an 18 year contract. So, if you don't think you can be with the other person for LIFE, you probably SHOULDN'T have a child with them. 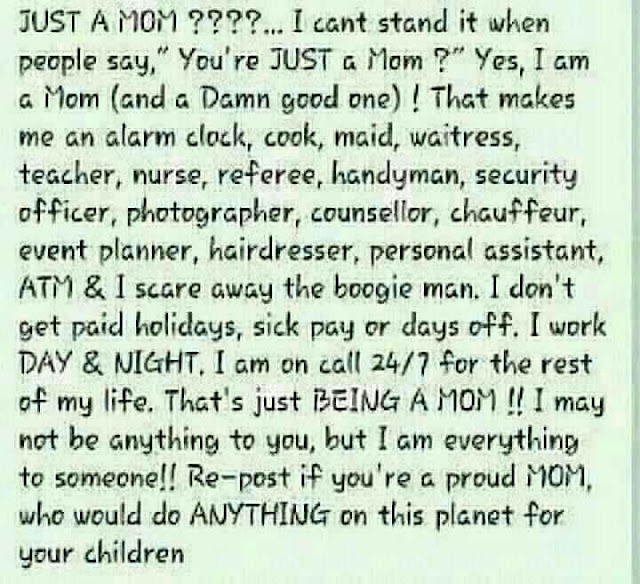 Posted by MissEricaKane at 2:38 PM No comments:

This shyt describes me almost to a "T". 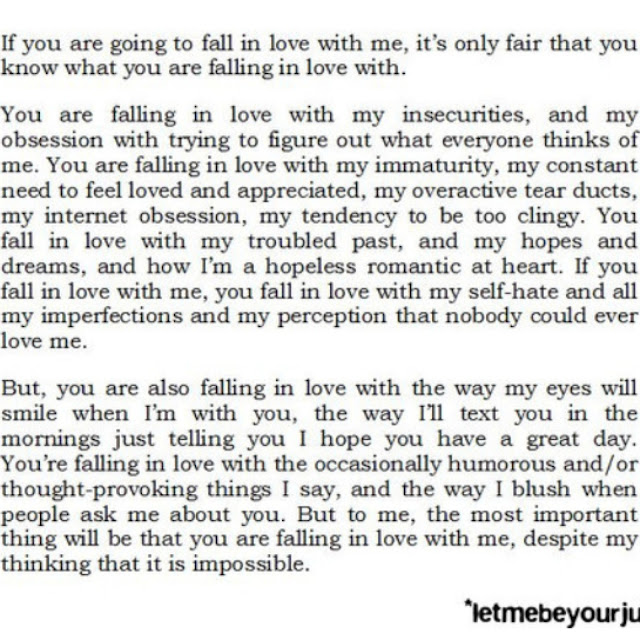 Posted by MissEricaKane at 3:33 AM No comments:

It's a shame that the ONE person I wanna talk to most is the same person who I can't seem to talk to without fighting.

~xo
Posted by MissEricaKane at 12:33 AM No comments:

I just finished watching a documentary on the subject. You know what it is, that word, the one you can say in your own personal circle of friends, but when someone outside says it, somebody gets knocked the fukk out.
The documentary The "N" Word was written and directed by Todd Williams, and I think is important for people to watch. It reminds me a lot of Bowling for Columbine and the t.v. show Black/White. It just gives people the opportunity to think about things and see how other people view things. (You know, real conscious-type movies and thoughts.)
Commentary was taken from random people off the street in different parts of the country and also well-known industry people (just to name a few: Ving Rhames, Talib Kweli, Samuel L. Jackson, Nia Long, Michael Rappaport, Chuck D., John Singleton, Quincy Jones, Russell Simmons, George Carlin, Whoopi Goldberg).
Anyway, I'ma take ya'll to school for a minute with this one real quick.

Commentary on the first time people heard the word. (Personally I can't remember my own experience)

The speculation of the etymology of the word.... Did it come from another language? Of Niger, Africa?

Chapter 3 (The Politics of Nigger)

Who "should" and who "shouldn't" say it, and what it means. What it used to mean, what it could mean.

The evolution of what we call ourselves over time. And the connotation the words sometimes have. (I prefer to be called just plain "Black" myself. My ancestors may be from Africa, but I'm not, so I wouldn't consider myself African-American. My father is 100% Costa Rican, but I don't say I'm Hispanic, though I guess I could.)

There were three men named in this section (Mark Twain, Lenny Bruce, and Richard Pryor). Most of us are probably most familiar with the work of Pryor. According to most of the commentators, he took the word that most people viewed as disrespectful and rude and flipped the script.

The never-ending battle of rappers using the word.

Another never-ending saga. -er makes it negative, while -az makes it..... Well, what is your interpretation?

The word nigger is still "taboo" though, probably most of us use it in everyday conversation. So now, in order to be "politically correct" we censor ourselves (on the news, tv programs, radio, etc) and maybe just say "The N-word".

I hope I didn't bore you with this one people, but rarely do I feel the need to get on a soapbox and politic. I usually don't discuss religion or politics; I feel it only leads to trouble. However, this particular topic is close to me for obvious reasons.
It's funny because I use the word all the time, I got white friends that will always be my "niggas", no matter what. But even though I love them to death, if they said the same to me, I probably would think about it for a HOT second and be like
But I know they don't mean anything deragatory by it..... So why should I feel that way? At the same time, I get a little twisty feeling inside and then it passes as quickly as it comes. This even comes from hearing my Puerto Rican friends say it.... It's just something. Like nobody should feel comfortable saying that shyt to another person, except another Black person, period.
I'm not saying any of my views are right, but that's what makes them my opinion. I'm grateful for books, movies, shows, etc., like this one that made me think a little more.

*please note : this blog was written in 2006. My thoughts and/or feelings regarding certain aspects of this may have changed.
Posted by MissEricaKane at 3:01 PM No comments:

THE STARS by Pure (OFFICIAL VIDEO)

Posted by MissEricaKane at 3:46 PM No comments:

Posted by MissEricaKane at 3:45 PM No comments: